How a doctor supports Ukraine by providing medical supplies 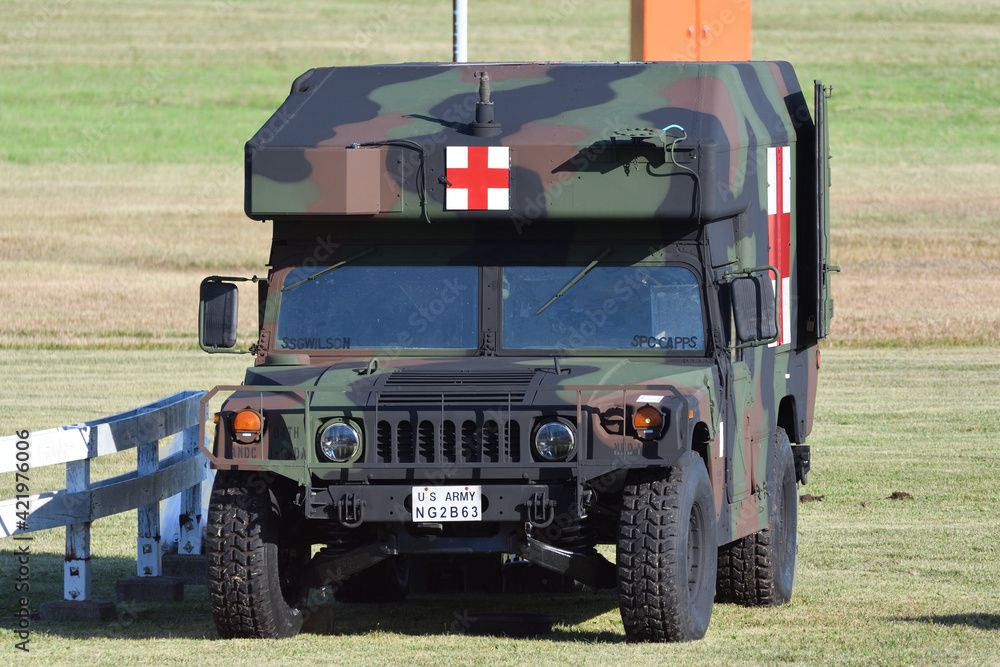 An internist from Cleveland, Ohio explains how he is leveraging his ties to local doctors and the Ukrainian community to provide vital medical supplies to this beleaguered nation.

Russia’s invasion of Ukraine sparked an outpouring of support for that nation from all Americans, but especially those of Ukrainian descent or with family ties to that nation. Among them is Taras Mahlay, MD, an internist in Cleveland Ohio with deep ties to the city’s Ukrainian community. Since the start of the invasion, he has led a campaign to collect and ship vital medical supplies to Ukraine.

Medical economics recently spoke with Dr. Mahlay to find out how he organized the project and how it is going. The interview has been edited for length and clarity.

Medical economics: Talk about your journey. Are you from Ukraine?

Taras Mahlay, MD: No, my parents ran away in the 1940s. I was born, raised, and still live in Cleveland, Ohio. I went to Ohio State for undergraduate, Northeast Ohio College of Medicine [now Northeast Ohio Medical University] for medical school, I trained at the Cleveland Clinic and now practice at Cleveland University Hospitals, both inpatient and outpatient.

ME: How did you get involved in collecting medical supplies and sending them to Ukraine?

TM: I have always been involved in the Ukrainian community. And after Ukraine became an independent country in the 1990s, I started traveling there. I met my wife there and she is also a doctor. And I always helped get supplies, and even gave lectures there and prepared them basically for the Western world as opposed to the former Soviet state.

More recently, since my kids are older and in college, I’ve been much more active doing talks, podcasts, and teaching virtually. And I’ve been with different organizations here in Cleveland sending medical supplies.

ME: Do you speak the language and do you have family there?

TM: I speak the language, and I have second and third cousins ​​there. Some of them are doctors.

ME: What kinds of supplies did you send?

TM: In the beginning, we received and sent a lot of PPE: gowns, gloves, masks, disinfectants. And we got so many donations from hospitals and individuals that we were well stocked for that.

But I am in contact with Ukraine, both with my colleagues and with the Ministry of Health and they were telling me that the most important thing they really needed was wound care. Because basically they’re dealing with trauma. You see some of the things that are happening on television or on the Internet.

But there are far more injuries than a bomb or missile hitting an apartment complex. There are many wounded and their hospitals are overloaded with wounded. So now we mostly send gauze pads, orthopedic supplies, that kind of stuff, because of so many broken bones and injuries. Anything you can think of regarding the wounds we’re sending now.

ME: How do you let people know that medical supplies are needed there?

TM: When this [invasion] arrived, the next day I was on the phone, calling various providers, hospitals, etc. Obviously, in my community after 30 years, you develop relationships, and you just ask them, and it’s amazing how much everyone helps.

ME: And you had already established the supply chains to get the materials there, right?

TM: Yeah. But before there was any more urgency, we were gathering, you know, enough pallets for a shipment that would get there in four to six weeks. Well, now they need it yesterday. And the other thing is that before the war we could ship directly to Kyiv, Kharkiv, all major cities in Ukraine. Well, we can’t ship there now. So our chain flies it to Warsaw, and from there we have truckers who come from Ukraine across the border, pick up the supplies with tractor-trailers and drive them to Lviv, which is the main city in western Ukraine.

Our supply chain has therefore changed considerably. And each time we send a shipment, it is much more difficult. But we have people on the ground there. And we try to monitor that the shipments reach the hospitals and nothing happens to them. We have sent four large shipments so far and reports indicate that they have all reached their destination.

ME: How are supplies getting from Cleveland to Warsaw?

TM: There are several trucking companies among the Ukrainian community here in Cleveland. And they pretty much all agree with what we’re doing. So one of the hospitals calls me and says they have supplies to donate. I call a driver, who collects the supplies from the hospital and takes them to a warehouse where we check them to make sure nothing is outdated or soon to expire. And we make sure everything is packed and everything is fine. And we have volunteers who fill out all the necessary forms.

So if I get a call from a hospital right now, someone could probably answer in two hours. And they’ll have it in Newark or JFK tomorrow morning. But then we have to catch a flight. And the number one airline we use is LOT, the Polish airline. They fly directly to Warsaw from Newark, from JFK and from Chicago.

ME: What do you hear from your contacts there about the general situation and how they feel? Are they scared or worried?

TM: Well, the people we do the logistics with are in western Ukraine and not much is happening there. So, relatively speaking, they are optimistic. But most of my friends and colleagues that I have come to know over the past 30 years are in Kyiv. They’ve been pretty positive, however, you can see they’re quite frustrated because they’re working about 20 hours a day because the whole hospital is full of injured people. And obviously bombs explode. And sometimes you catch them when there’s shelling and you ask them, ‘Are you going to the shelter?’ He says, “We have patients, we’re not going to transport patients into the shelter.”

My cousin is a doctor and I call her every other day. And she tries to be positive, but sometimes I hear her cry.

ME: No wonder, given everything that’s going on there.

ME: What do your patients, your colleagues, the people you meet here say when they hear what you do?

TM:Eeveryone was encouraging. I asked my office manager to block my schedule, so I have free places. That’s when I call the sellers, organize the logistics of the deliveries. My partners told me: “Whatever you need, take the time to do it”. With my patients, there has been a lot of support. Everyone wonders where to donate, how to donate.

ME Have you had to reduce the number of patients you see?

TM: Absolutely. I reduced from 50% to 60%. Things that could wait, like medical checkups or preventative care, I kind of moved them later because I really want to get that organized.

ME: It feels like a full-time job in itself.

TM: Well, I have nieces and nephews, which I caught. They are my technical support for organizing things. We went to the warehouse where at one point we probably had 50 or 60 pallets of supplies. We went through it and I said what it was. By the time I got home, here’s an email, and it has an Excel spreadsheet with everything it’s supposed to go.

ME: How long do you plan to keep doing this?

TM: My plan is to do everything I can. Obviously I don’t want my patients to suffer and in our practice we have coverage. Maybe some patients want to see me because they’ve known me for many years, but they’re really understanding. I had to reschedule a patient twice. I really wanted to see her. But I had to go to the warehouse and take care of a shipment. And she said, ‘Just put me where you want.’

How long can I keep this? I think as long as my health is good, I will continue.

ME: Does what you do involve financial sacrifices on your part?

TM:When I don’t work, I don’t get paid. But it is okay. What are they [Ukrainians] lose compared to my salary? I mean, why are we even talking about money? People are dying. And me getting a bunch of antibiotics that can save I don’t know, 50 or 100 people, because maybe they’re sitting in a room trying to recover but if they don’t have the antibiotics they’re going to die . They have nowhere to get it.

ME: How can other doctors help Ukraine?

TM:I work with a lot of organizations actually. But the one I’ve been most active with is the one in Cleveland called Cleveland Maidan Association. And we also have the Ukrainian Medical Association of North America. And these are doctors and nurses, who have kind of banded together and done different projects over the years. But now everything is accelerated. I’m in touch with Detroit, with New York, with Chicago, to coordinate so that we’re not all shipping similar things, you know, but not gauze to wipe something.

They are therefore the most medical. We also have Ukrainian umbrella community organizations, and they work through politicians. Senator [Rob] Portman [R-Ohio] Is usefull. Congressman [Marcy] Captur [D-Ohio] Is usefull. And the hospitals here in Cleveland have been very supportive. I’ve seen the lists of what they plan to ship. And it will be a great send-off for intensive care units. They are the ones who really concern us. I mean, the outpatient stuff, people can do better on their own. But where you have serious injuries, that’s where we’re focusing now.

TM: We just pray that it ends. And we know that even if it ends soon, cleaning up this mess will still take a long time. 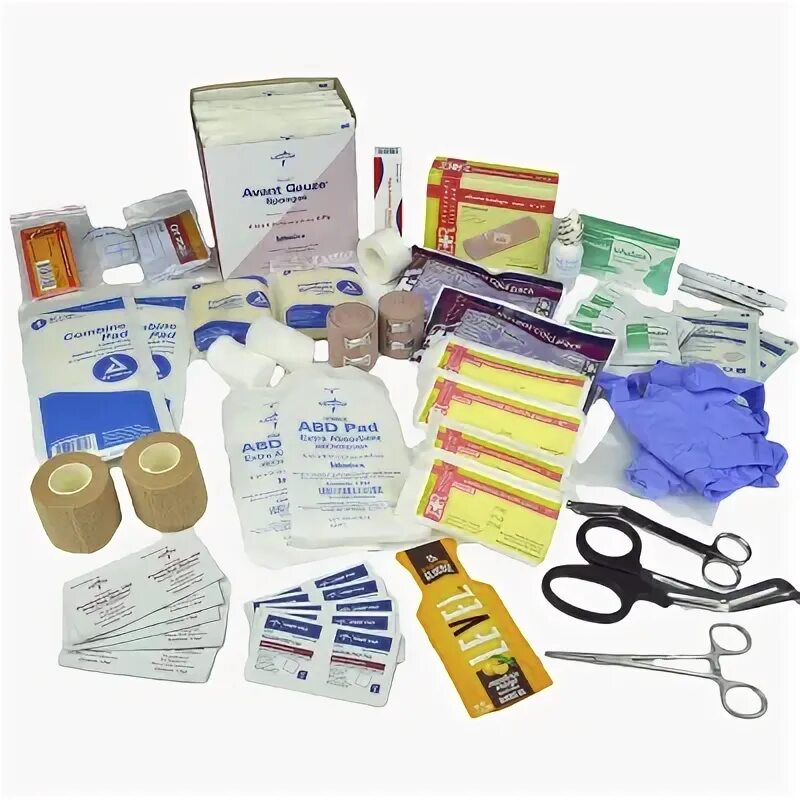